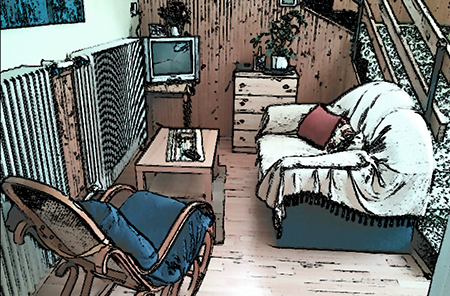 We are totally hooked on sketch effect emulating softwares. This time it’s an Android app.

I must admit that I’m a great fan of softwares imitating sketch or cartoon effects. I have dealt with them several times at Digiretus too. I can’t help dusting the topic off and this time in the form of Cartoon Camera, an Android app, which is one of the best ones for this op system, in my humble opinion. 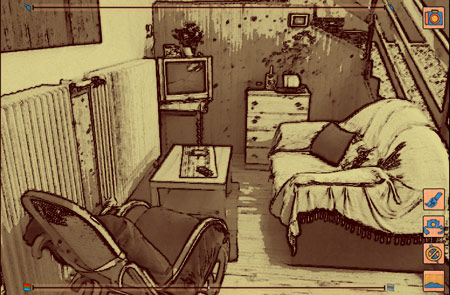 What makes such an app appealing? First of all, it should truthfully imitate the real sketch effect. Most apps will break on these rocks as they usually try to get away with a lame edge strength emphasis. I’ll quickly add that all similar softwares are based on this (including Camera Cartoon), but the how is very important.

Second, a worthy sketch emulating app should be simple to use. Cartoon Camera is just perfect from this point of view since there are only two sliders and a few buttons in it. These look as if they had been drawn by hand, which might be annoying in some cases, but here it only adds to the feeling. 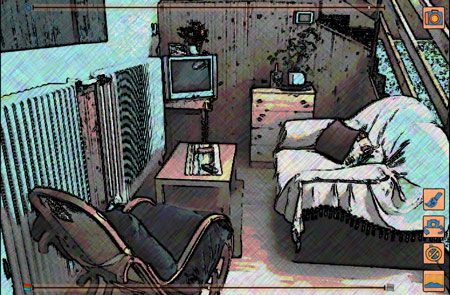 The app is best for portrait orientation but it also works with a laying orientation, when the icons will rotate 90 degrees. There is a slider on the top and at the bottom of the screen, and 5 icons on the right side in such an orientation.

The bottom slider increases (to the left) or decreases (to the right) saturation. They will help you create vivid colorful picture or monochrome ones. 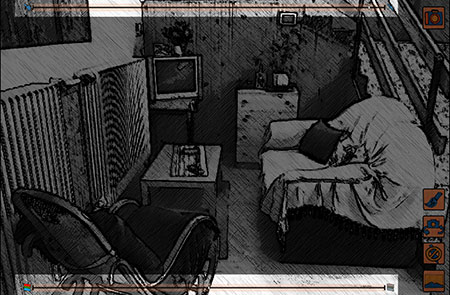 The most relevant icon is the one in the top right corner, a camera. This will make over the photo once you have found the desired cropping and finished the settings. 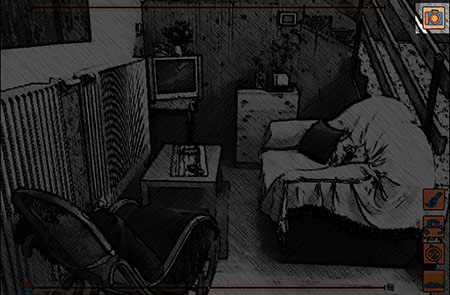 The bottom four icons (from bottom to top) are as follows:
Gallery: Opens ready photos in the mobile device’s own gallery.
Flash (Lighting): Turns on the camera flash or the lamp (if it has one).
Camera switch: Switches between the rear and the front camera (if there’s one). 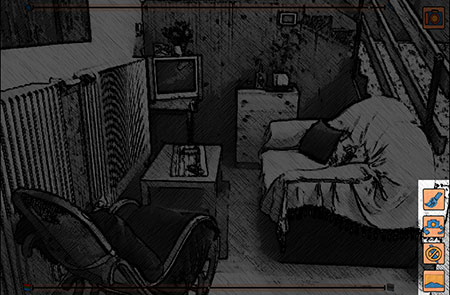 Cartoon and sketch effects (brush icon): 12 different effects. Probably it’s the best to show a sample of each here: 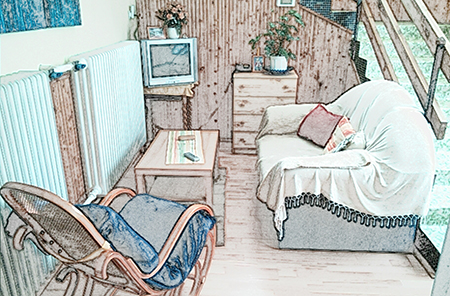 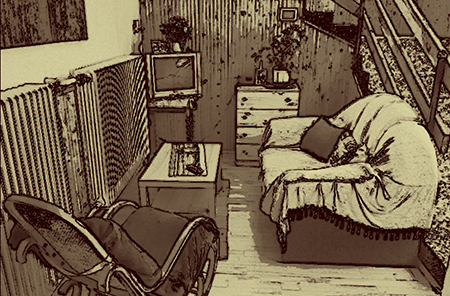 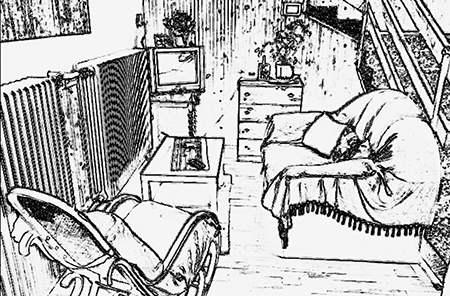 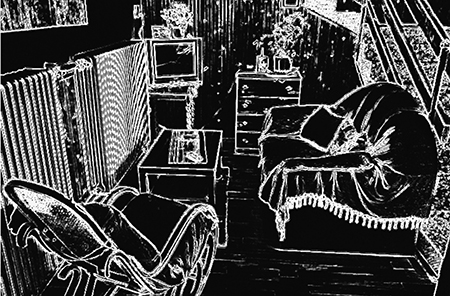 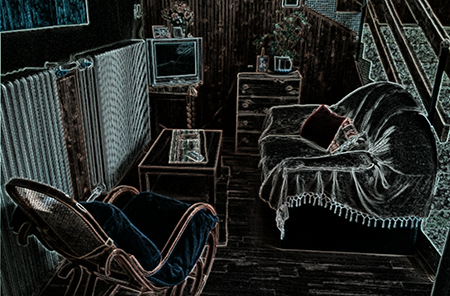 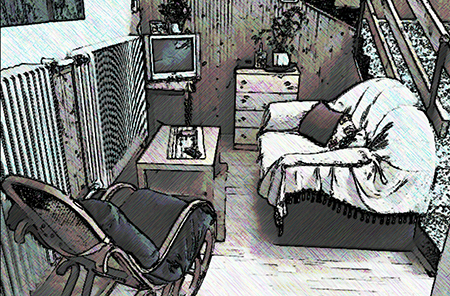 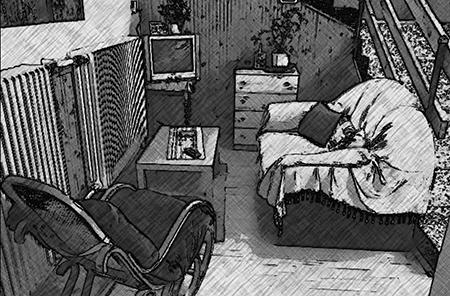 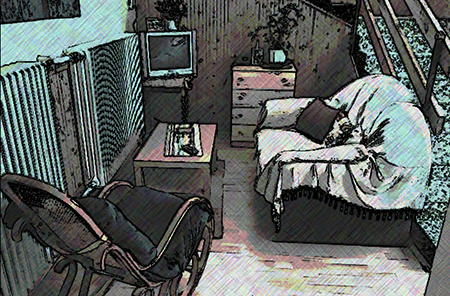 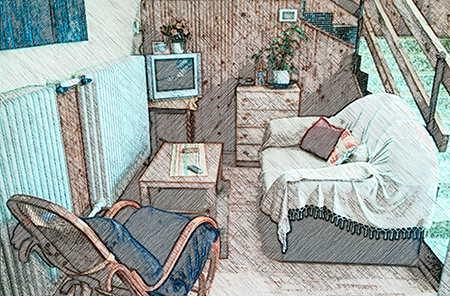 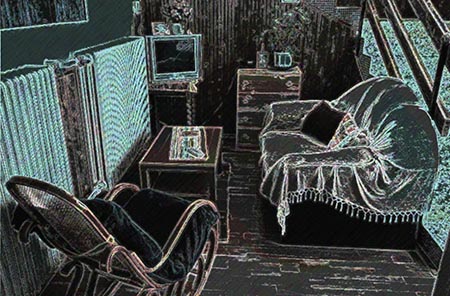 As you will see, most are rough and ready work, but some are really excellent. Mostly those effects are best where there’s not only a strengthening of lines is what happens but the app also imitates crosshatch drawing. Crosshatch, Pencil Sketch and Paper Drawing are like that.

The biggest shortcoming of the software is the size of the finished images. It only saves 2.2 megapixel images in a size of 1824×1200 pixels.

Cartoon Camera can be downloaded for free from Google Play webshop. Only 8 effects can be used in this version and there are ads on the screen all the time. The full version can be purchased roughly at the price of a pint of beer.