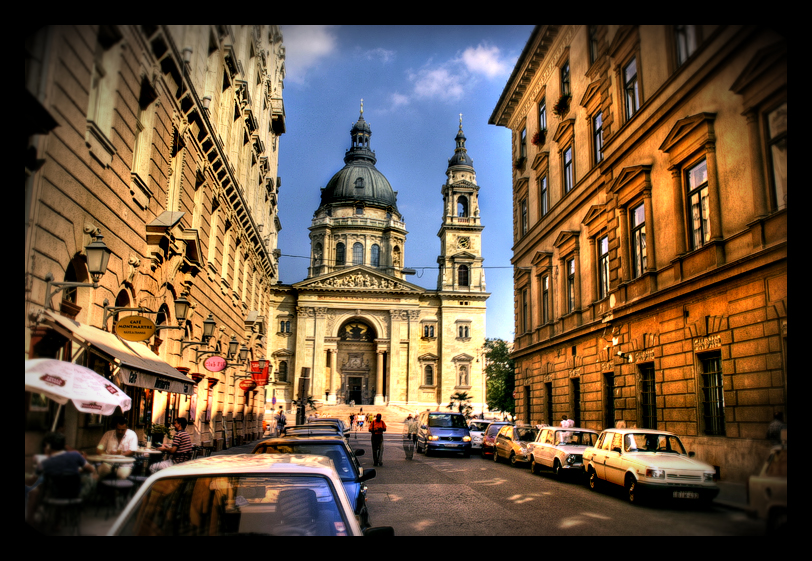 The same theme from different aspects? What could an object, a building tell us when observed from multiple points of view? Let us open the third eye! 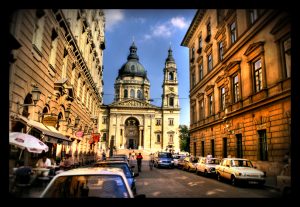 The author admits only wanting to take a picture of the Basilica, not succeeding for some reason, and therefore putting the building into the street. He encircled it with houses, some blue sky, and now it looks like a part of a colorful cityscape. What did he win and lose by adding more view elements, or should I say, picture parts, to the cathedral—the planned main theme? Although the Basilica cannot grasp all of our attention now, but the picture is a fine example illustrating how to tell a story about a city using a photo with the proper mood—for example, to show it to someone after returning from a journey, saying “This is how that little street in that cheerful city looked like.” Even involuntarily, our gaze falls on the church at the end of the street. The blue sky, which appears alongside lots of ochre and orange, is also important in keeping a balance of sorts. Our special thanks go out to the author for omitting the red car, the man in the purple tracksuit, or the occasional tourist carrying a colorful plastic bag.

This is how the harmony of colors, the leisured mood can come into being, undisturbed by those colors and figures I mentioned. The inscription on the sunshade, blurred during computer post-production, would be annoying as well, were it legible, because of catching attention despite being unimportant. And although I regard artificial vignetting as something too arty, it still directs the gaze inside, towards the center, where the author kept the most important things. 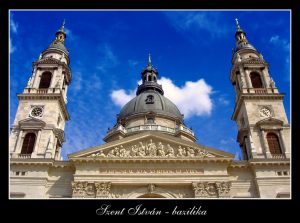 This picture is the perfect example of cliché postcards, ubiquitous in the city. The church, rising high above us, is pictured as if we were standing in front of it. The photo doesn’t want to offer us anything more than showing something which we perhaps no longer remember correctly, or even skipped taking a good look at, because of shooting around aimlessly with the camera, or kept thinking hard about choosing the souvenirs. This photo, therefore, is not an artistic object, as it doesn’t say anything about the church or the world, just represents it. I cannot see any other aim to it. And for me, any other aim would be more important, even if I know that representing the world is the first thing a photographer should learn. But don’t stop here! Tread on, and strive to tell more and more about joy, pain or dear memories!