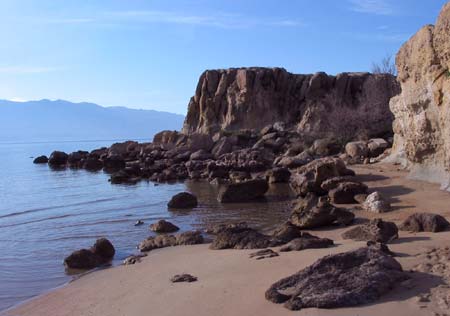 I start to think that my concerns that I put in words about the previous four photos did not really add to my popularity or my appeal. The remaining two nature photos may fail to amend that situation, I’m afraid. The image with the title above is the one of the two that has some positive features to it. One of them is the manual exposition and white balance setting as read from the EXIF. These, at least, indicate some kind of demand for quality. The picture itself is among the average though. The scene is exciting in fact, and it carries with it the opportunity for good pictures. But that would take a more exciting lighting or a more daring view point. The shadow lengths and the lights in all reveal that the time is the usual time after or before the low sun. The lights at this time of the day are not best for taking photos, especially in the summer. No plasticity, no inspiring colors to shake up the image. And the view point appears quite haphazard. The photographer should have looked for a higher stand point from where the scene could have been given bigger space, or even standing in the water could have yielded a more arousing arrangement. Composition is a bit awkward. Slanting waterline is a glaring mistake. I also happen to tilt the camera during exposure, but the first thing I do in the photo editing software is to bring it to horizontal. This is fundamental, especially with water lines. The rock going out at the upper right corner inclines the picture too much to the right, all the more so because the the rocks on the shore also “head” to the right. The standpoint could have been more backwards and then this rock could have been cut off. That way the unfitting geometrical shape at the mouth of the chasm would also have been covered.

Landscape photography is only seemingly easy. The haphazard or on the spur expositions are fathers to countless commonplace photos. 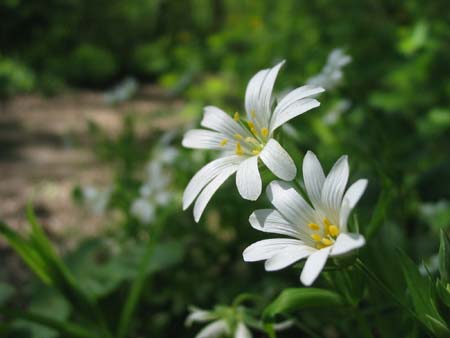 Flowers, indeed. And that’s it. We are not hype because of any special lighting or composition. I’m a bit helpless, I’d rather write nothing about this picture and that would be an honest review. The EXIF does not reveal the age of the photographer unfortunately, and neither does it tell us how long they have been there around photography. The camera type may hint at a young man, even a pupil, or maybe a less careful adult too. The senders should write a few lines about themselves, and then the critic would have a clearer view, and perhaps the senders would not be subject to vitriol so easily.

Yet, I’ll tell why the judges would yell and throw away this picture in a contest of nature photos.

• Imaging array is not exploited. The main theme is lost in the photo, and the environment does not justify this spacy composition because it is unimportant. It is even ugly.

• The flower cut in half at the bottom and the big light stain on the left side drag the eyes hither and thither, which upsetting effect is further accentuated by the harsh greens. Lights in the early morning or before sunset would make the greens nicer with their warmer effect. Cold and harsh lights during the day are practically inadequate for taking photos.

If the sender is a beginner who is just trying their wings, then these mistakes can be forgiven, and i have just listed them so that they would facilitate further learning and development. The simple, digital compact camera used for recording is not the best option for taking flower pictures. If that is the aim, one has to use a higher class camera, I’m afraid. But you can find out what types of photos the camera you have is for. Once you are aware of its limits, you will also know the field of recording.