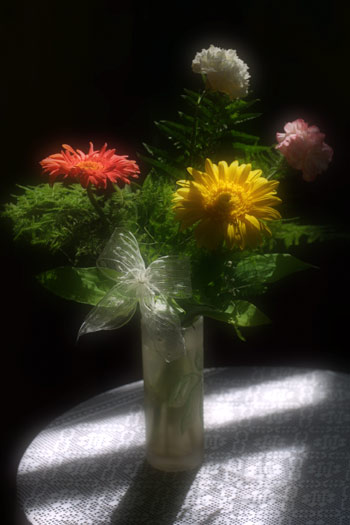 You can produce a dreamlike atmosphere and visual effects by using various softening filters. These are most often applied when taking portrait photos, but once again, you have to rely on your taste to decide whether to use such a filter. Digital emulation in post-production presents a basic problem: Photoshop doesn’t include such an effect. You can use various blurring effects such as Gaussian Blur for this purpose, but they cannot get anywhere near the original filter’s effect. Now we try to emulate this interesting effect by the means of a very simple procedure consisting of only a few steps in Photoshop.

Here’s the sample photo whose sharp forms need to be softened to give the picture a new feel. 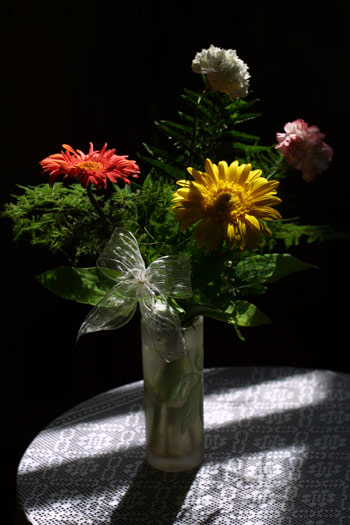 First, we duplicate the background layer. Drag the layer upon the Create a new layer icon on the Layers palette, or click Layer/Duplicate Layer in the menu. The upper layer will be selected. Keep it that way.

Click Filter/Blur/Gaussian Blur and use a relatively high Radius value on the appearing dialog to make the image heavily blurred. The value should be at least 10. You can use lower values when dealing with small pictures, but with large ones, you can even set it higher. The point is to blur the photo into hardly recognizable blots. As this is a rather small picture, a value of 10 will be appropriate. 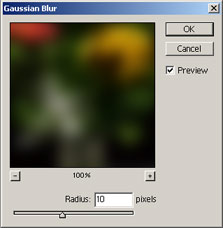 Return to the Layers palette and set Opacity to 50%. This is where you can decide how strong an effect you would like. A value below 50% produces a slighter blur, while a higher one leads to more radical softening.

Basically, we are done. Click Layer/Flatten Image to merge the layers. As the blurring messes up contrast, you would also do well to click Image/Adjustments/Auto Contrast on the final image.