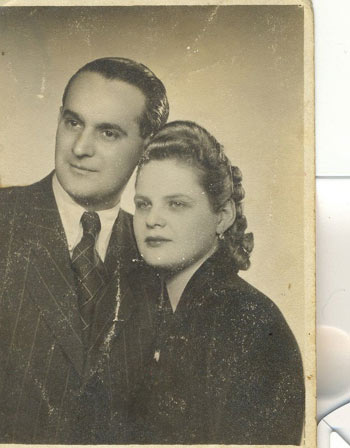 “This is the only photo I have about my parents. I scanned it and tried to correct the flaws, but this is all I managed to do. If possible, please help me to get the best out of it.” 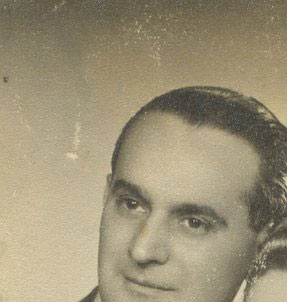 At the first glance, this did not seem to be a difficult case, and after all, it wasn’t, but it did need some time and patience. Regular readers of Digiretus will find the techniques described in this article familiar.

The biggest issue with the picture are the strong chafing marks. Of course, it is also slightly blotchy, wrinkled and yellowed, but these things are easy to correct. Our aim was to preserve the original analogue character and graininess of the photo. Unfortunately, the image we received was pretty small— enough for a monitor, but insufficient for a print. 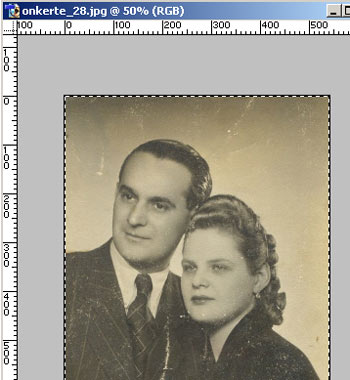 First, we cropped the edges since they were unnecessary. And you can still make a border for yourself if you need one. To do the cropping, press M to invoke the Rectangular Marquee Tool, select the appropriate area, and click Image/Crop.

Then click Layer/Duplicate Layer and carry on working on the upper layer. 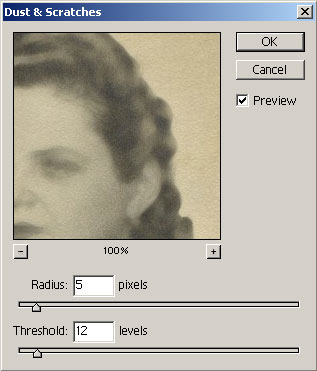 Here comes the remedy for old, scratched, dusty, chafed photos, the Filter/Noise/Dust&Scratches feature. We used this to remove the white chafing marks from the image. Radius was set to 5 and Threshold to 12. The noise filtering will be bloody strong this way, but it manages to remove most of the marks. 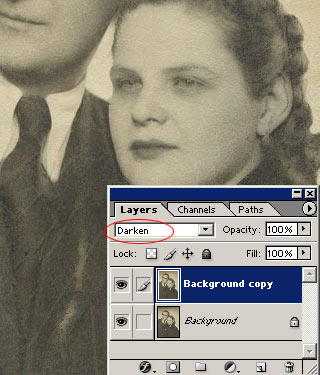 We set the blending mode of the layers to Darken, which brought back most of the darker details without reviving the white chafes. 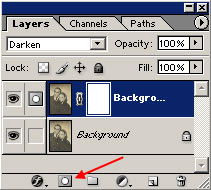 We created a vector mask on the upper layer by clicking its icon. Make sure this mask remains selected! 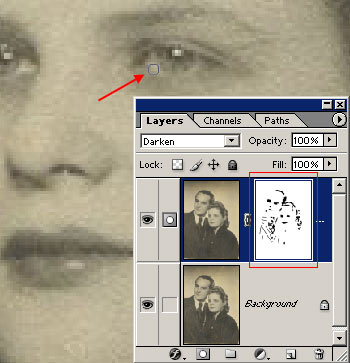 Until now, it was an easy job. This is where the hard work begins!We needed to bring back the important details that were blurred by the noise filter. We used a simple Brush tool for that. You need to zoom into the picture for increased painting accuracy, and select a smaller brush with a soft edge. We used brush sizes mostly between 5 and 15 pixels, depending on the size of the detail painted over at the moment. We used the brush to paint on the newly created vector mask, in black. The painted areas on the mask became transparent and the lower, unaffected layer showed through. The brush was used around details of the eyes, mouths, hair and clothes, taking care about not to paint over chafed details, because that would have made the white marks reappear. This needed us to toggle the upper layer on and off constantly, in order to see where we had to be careful and where were the details that needed to be brought back. 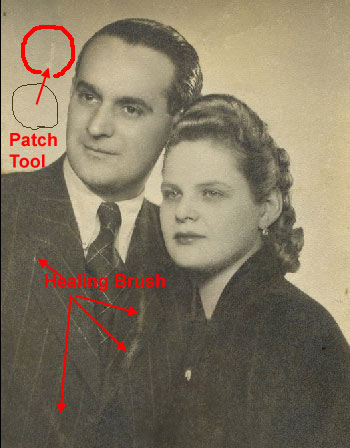 The rest of the defects were removed using the Healing Brush and the Patch Tool. The Healing brush was used wherever finer textures had to be cloned from one area to another (here’s the article describing its use), while the Patch Tool worked mainly for the background, selecting a larger homogeneous area and dragging it over to a more mottled one. Of course we repeated these actions frequently while zooming in and out of the picture to see where further surgery was necessary. 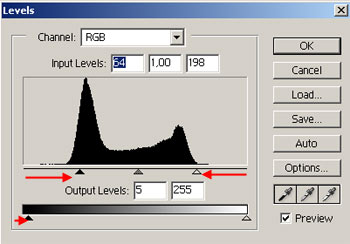 From now on, we did not need the two separate layers and the mask anymore, so we merged them using Layer/Flatten Image.

To remove the yellow tint, you can press Shift+Ctrl+U. Since the picture lacked contrast rather much, we used the Image/Adjustments/Levels feature to set light levels right. For lazier people, Auto Contrast can also work. 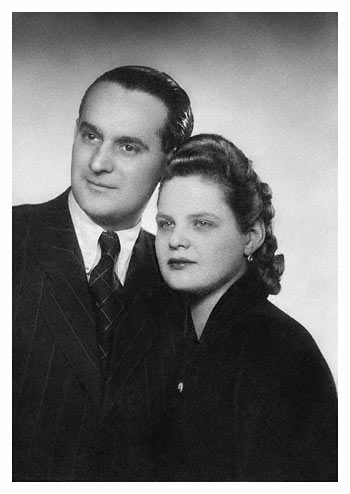 A few tiny sleights of the hand, using the Clone brush to get rid of any smaller defects—just like with the Healing Brush above—, a thin white border using Image/Canvas Size, and we’re done.