Headlong into the jungle of photo management software.

ACDSee—is there anyone here who doesn’t recognize the name? The image viewer, named after a famous rock band, has gradually became the mammoth (or should we say, in style, “Big Gun”) of photo organizers. The newest version is already number 9. This article will discuss its new features.

At first sight, there’s not much if you’re familiar with version 8. The colors and the initial page layout are quite the same. You’ll perhaps spot the slightly redesigned upper toolbar. In fact, the one in the previous version was OK, too, but the developers wanted to make even more features available as buttons. This way, clicking any of them displays a multitude of buttons above and beside each other, which may, on one hand, accelerate accessing certain features, but makes the application window, already not very simple, even more crowded. 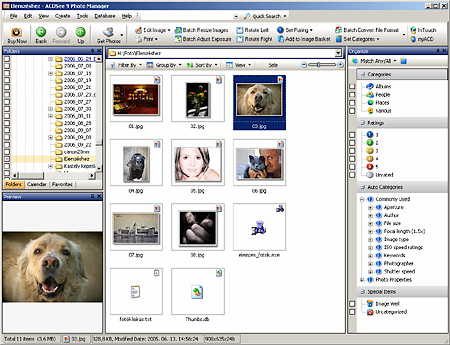 Hats off to those who can make find way through ACDSee at first. The software has become so complex and versatile that it would be an offense to call it a picture viewer. “Photo manager” is much more accurate. Even the developers might have felt that the throng of features presents problems, hence one the most important novelties in this version—Quick View, which simplifies and quickens image viewing, without any excess thingies!

Pictures can be displayed directly on the desktop. The feature is called ACDSee Showroom. It is basically nothing more than a picture frame on the desktop, displaying selected images as a slideshow. Showroom can be activated from the Create menu. Frame size, color and other attributes can be freely modified. Afterwards, all you need to do is select the images and enjoy the automated slideshow. In our opinion, it is an interesting but not very handy feature. 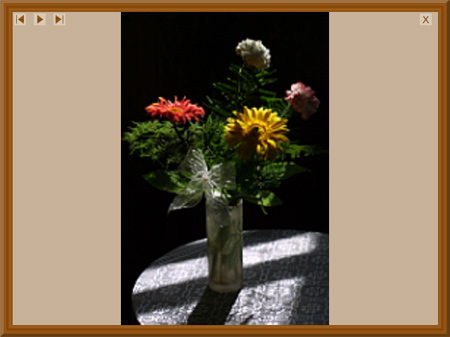 On the Print dialog, there’s a new option called Print Layouts. It can be used to prepare prints in various layouts. You can select print size and the number of images to be included in the layout, from a single image to a contact sheet of 35 pictures, or the photocopies on a sticker sheet. Small preview images help you to select the optimal layout. 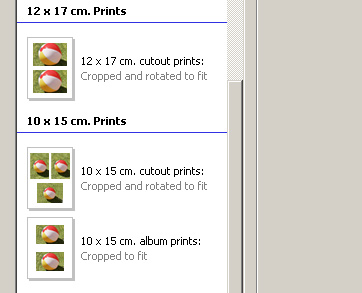 The emphasis is, however, obviously on more detailed organizing and therefore, better searchability of photos. You can select from a multitude of sorting principles. Two new organizing features are Filter By and Group By, found on the top of the preview dialog. Filter By is responsible for the quicker display of previously categorized or rated photos. Basic categories are just like in the previous version: Albums, People, Places, and Various. You can also create your own categories. Another feature which may be familiar from previous versions is organization by Rating. You can rate each image from 1 to 5 points and then filter them by rating.

Group By, obviously, groups the displayed photos. This time, it is not about previously categorized images but groups whose members belong together by some principle. Examples are grouping by author, camera, creation date, file size or file type. If you have multiple cameras, Group By/Camera groups your photos by the devices used for shooting. Group By has a Table of Contents subcommand which adds yet another dialog to the crowded interface. It sums up the groups by their names and number of members. You can click a name to find the respective group more easily. 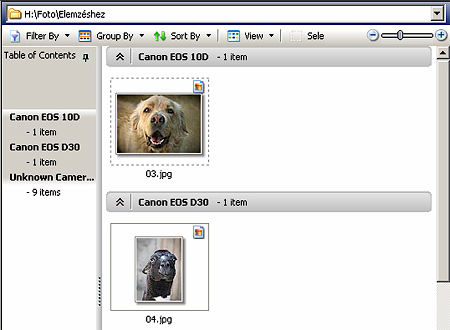 Calendar View also has a new sorting principle. You may already know organizing by days, months or years. The new principle is Events. An event may be a tag like “Birthday” or “Hiking”. Simply drag the displayed photos upon the appropriate event tag to make sure you’ll be able to find the photos of your summer holiday in a moment, even if they are scattered in several different folders on your hard disk. 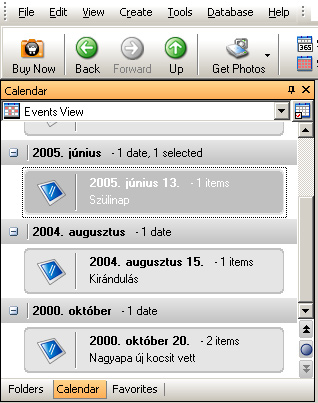 On the right, you can see Auto Categories offered by the application. These are mostly based on the text info packed into digital photos, i.e., read from IPTC and EXIF files. All digital cameras save EXIF info into the photos, which usually includes camera model, exact date of creation and major camera options.

You can select from scores of categories here. Click any of them, and ACDSee will search the photos that match the selected one. Such categories include camera model, aperture, exposure, or white balance, all read from EXIF data, but you can even organize your photos by previously added copyright text, author name or keywords. The point is that you can select multiple categories at the same time, so that you can search for all large photos taken with a 1/60 exposure and using tele lens. 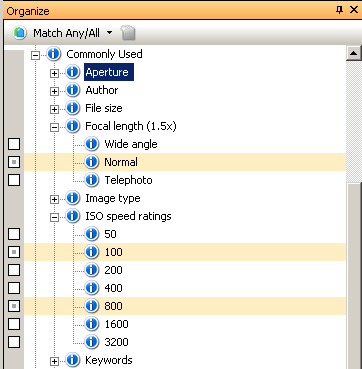 Private Folder can be used for protecting data and photos you don’t want to share. Photos and folders you want to hide from scrying eyes can be put into an imaginary folder, protected by a password up to 40 chars in length. Folders in the Private Folder can only be opened from ACDSee, and only after entering the password. 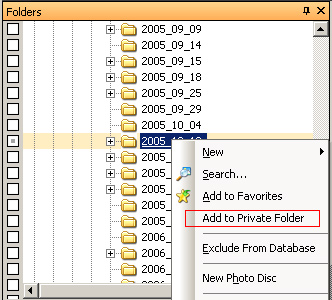 Apart from various organizing aspects, the picture editor also contains a few new features. The Red Eye Reduction feature has been simplified even more since version 8. Basically, you no longer have to bother with any settings, just click or select the red eye. The software does all the rest.

There’s a new tool that has recently been appearing in more decent image editors. Shadows/Highlights is a feature for lightness adjustment, primarily used with pictures taken by extreme lighting conditions, e.g. when the portrait subject or main theme is strongly shadowed while other parts of the picture are overlit. Shadows/Highlights can equalize too dark and too light areas without messing up lightness levels in the picture. For example, you can lighten shadows without bleaching a light sky, as the lightening will only affect the dark areas. 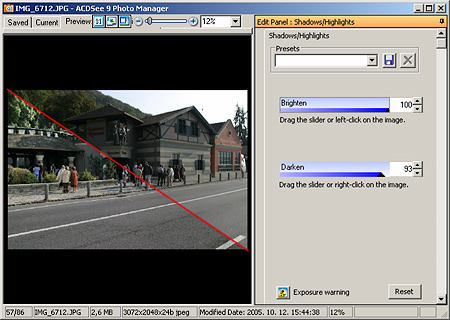 If you are fairly satisfied with ACDSee 8, you may want to stick to your good old one as for most people, version 9 doesn’t offer enough novelties to make it worth the price. It may still be appealing to those who want even more advanced organizing or are in need of encrypting capabilities.