Your digital camera most likely contains a B&W feature that allows the production of black-and-white photos. Some cameras lack such options though, and some users want more than a dumb automatic feature. Photoshop also contains options that can make a photo black-and-white by a click of the mouse, just like the internal software of a camera. However, by filtering the different color channels, you can achieve much better results that can change the feel of a picture dramatically. 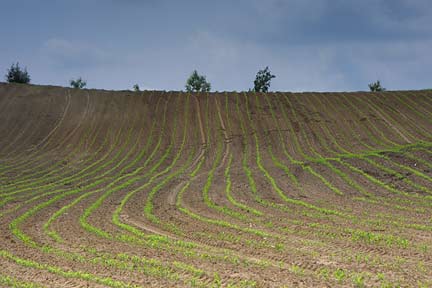 By changing it into black-and-white in a well-known way – Edit/Adjustments/Desaturate -, we get this picture: 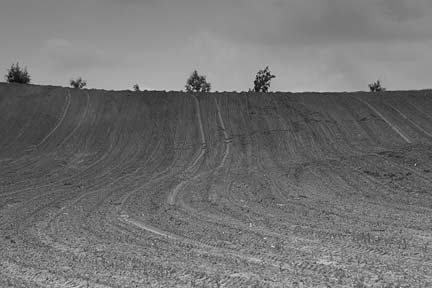 It is rather insipid and boring. Even worse, the stripes of vegetation have almost disappeared from the field. This is when color channel filtering comes into question.

Let’s go back to the color original! A few lines below the earlier menu item, click Channel Mixer (Edit/Adjustments/Channel Mixer). A window appears. First, select Monochrome at the bottom, and the photo turns to black-and-white. Supposing you have an RGB picture, you can set the ratio of the color channels with the sliders above. The Constant slider below sets the general brightness of the picture. Keep in mind that too extreme values may result in a radical amount of color noise.

In this example, I have used the following values:

And here’s the final picture! It has become much more dramatic, expressive, and interesting: 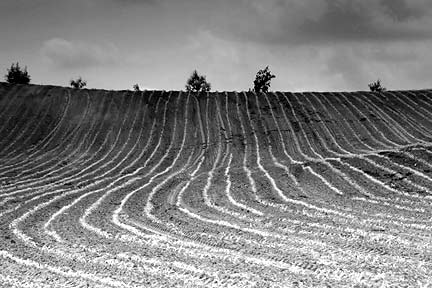