Photoshop offers several blur tools including Surface Blur in versions CS2 and up. On lower intensity, it blurs only the larger elements such as homogeneous areas, while preserving finer details. It works quite the opposite way to Dust & Scratches, which starts blurring on smaller things. Now, however, it’s not small things we want to get rid of, but melt the unexpected reflection of a chrome surface into its environment. 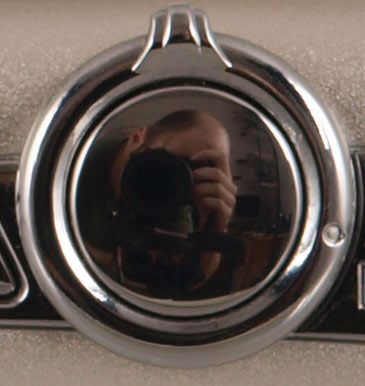 The photo’s ready, but wait! In one corner, the photographer’s mirror image shows on the shiny chrome surface. We quickly need to do something about it, since the photo was not intended to be a self-portrait. 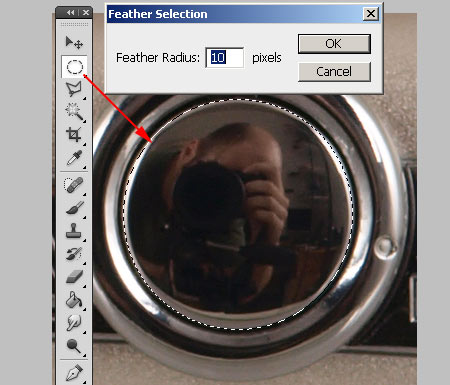 Make sure to first select the part to be blurred, and you might want to make its edges feathered.

This time the work area is round, so we used the Elliptical Marquee Tool for selection. Right-click inside the selection and click Feather in the context menu. We specified a 10-pixel depth for the gradient selection edges. This way it will fit better into the original environment. 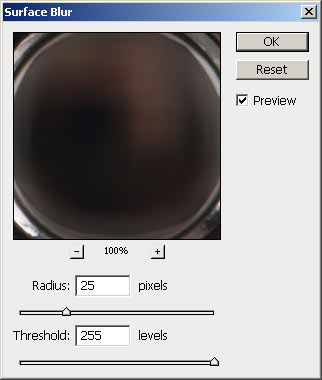 We used Filter/Blur/Surface Blur to blur the reflection.

First, set Threshold (this time to the maximum value), then specify Radius. Increase the latter in small steps until the reflection is not recognizable anymore. You don’t need to use a high value to blur the surface completely since it would lose its metallic feel.

The chrome surface doesn’t look natural yet. Perhaps if we made it a bit lighter and gave it more contrast.

A bit too colorful

The metallic surface is almost OK, but the colors are still too intense inside the changed area. Select Hue/Saturation from the previously mentioned menu to fade the colors. Drag the Saturation slider to the left to do so. This time we used a value of -70.

Make sure to keep it above -100 since that would mean all colors gone. Just decrease it so that saturation in the modified part gets in harmony with its surroundings. 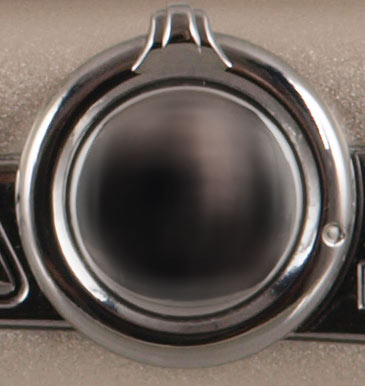 This was a procedure for making an unimportant part of the photo vanish.

Due to the blurring, the mirror image is gone, but a reflective-looking chrome surface remains, and after all, this was our goal.

A round picture in Photoshop