History Brush Tool is one of a Photoshop user’s best friends. Indeed it has been hitherto mentioned surprisingly rarely on these pages. Now it’s time to catch up with that. We’ll change a part of a photo while ignoring other areas. These will be restored to their original states using History Brush. Try it, it’s fun! 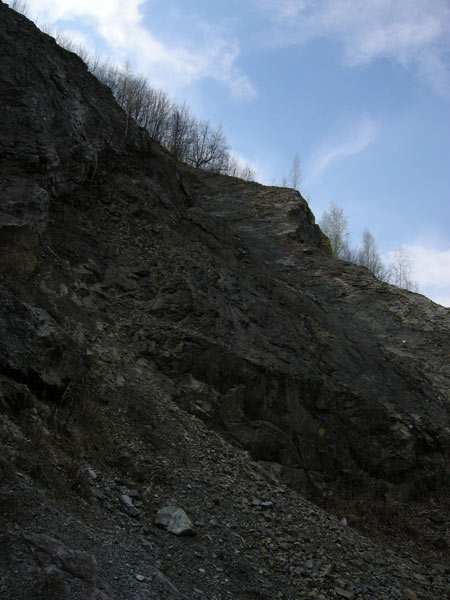 Here’s this one, for example. It’s dull and boring, and however we might try, it cannot be turned into a magnificent work of art. But it can be improved a lot, while playing around with History Brush.

This article is useful primarily when dealing with pictures similar to this one: a dark but quite distinctly separable foreground and a block of sky.

Back to the basics 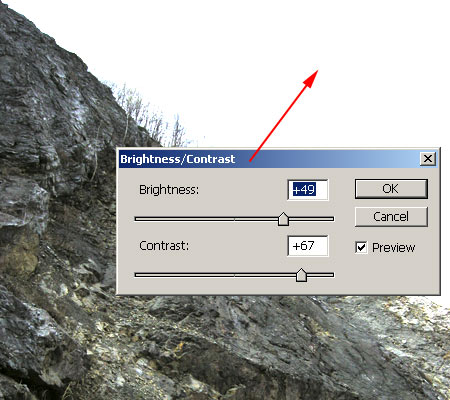 We begin with one of the most ordinary and obvious Photoshop features, Brightness/Contrast, located under Image/Adjustments.

Use both sliders boldly, and pay focus on the foreground only. Don’t mind if the sky gets bleached to white. All that matters now is the dark, rocky foreground, badly lacking contrast. Lighten it until the lightest parts of it are nearly white. Increase contrast until darker parts are profoundly black. For this image, a Brightness of 49 and a Contrast of 67 worked out well. Experiment until you find what’s best for yours.

Care for the rest 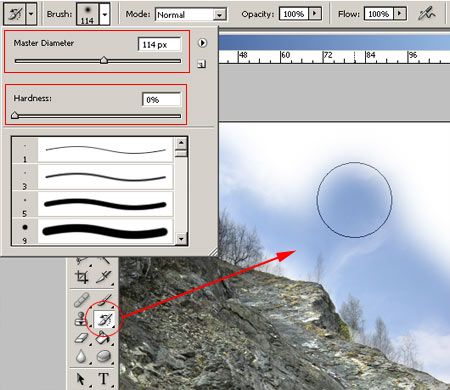 Now comes the sky, untended until now. It got bleached to the bone, but this is where History Brush steps in. Click it on the Tools palette, or press Y. On the options bar at the top, click Brush, and set Brush Diameter and edge Hardness. Size does matter. Get a large brush. For a photo 450 pixels wide, we used a brush of 114 pixels—about a quarter of the width. Edge hardness, in this case, should rather be called softness. Set Hardness to a low value.

Now paint the sky back onto the picture. History Brush relies upon the original state of the picture. Remember not to go over any of the rocky terrain with this brush as it will restore the dull original state there as well. Take care and use your dexterity—you’ll surely manage it! 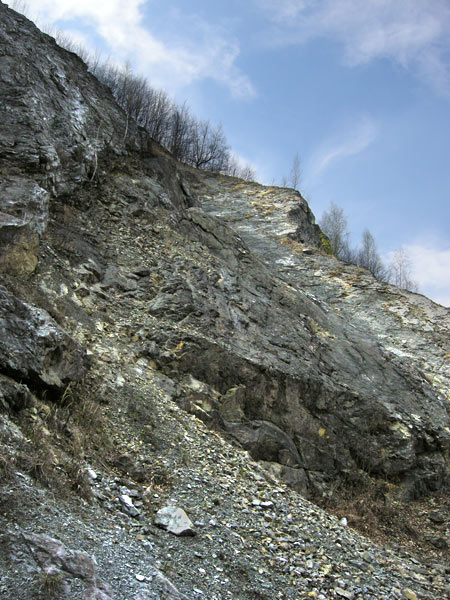 As if you were looking at a different photo altogether. The change is rather significant. Of course, the picture didn’t get any better, but it’s definitely more interesting this way.

History Brush is astonishingly versatile in its usage, this was only a small slice of its capabilities. We’ll talk definitely about it more later.