We have dealt with perspective correction in several previous tutorials. At that time it really was problematic, because you had to resort to all kinds of manual solutions, or in worse cases you had to turn to a separate plugin to carry out the correction. However, there’s a new tool in Photoshop CS version which provides solution in the form of a few slides. 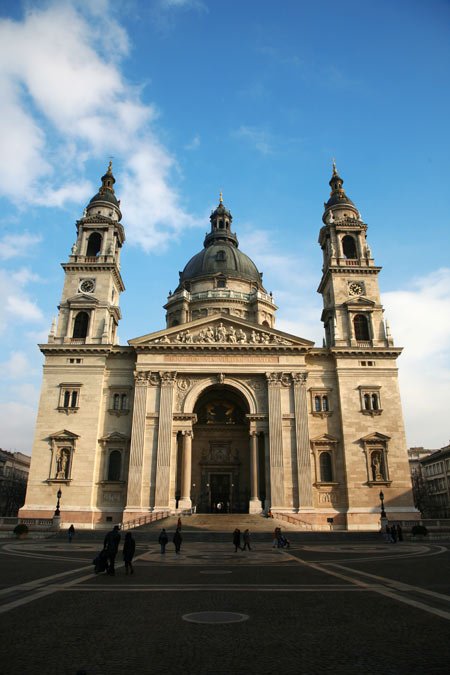 Typical theme of out tip today is building photography. Wide angle and a relatively short distance to the building may easily result an unusual backwards inclination of the building in the photo.

You are lucky if there’s enough space around the building in the picture. Especially at the top, since correction will stretch the building upwards. But it comes handy if there’s room on the sides too. It doesn’t matter that there are other buildings there, but they must be of no importance meaning they can be cut off. 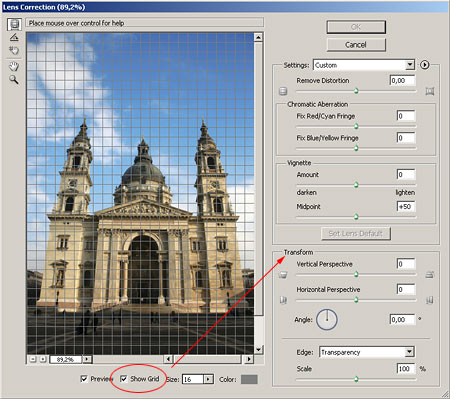 Many other optical aberrations and distortions can be mended with the tools here, you may have read about these in the previous tutorials.

It is Transform that is relevant now, but first take a look at the picture. By default you can see a grid on it, which is very useful for horizontal and vertical correction. However, if there’s no such grid there, select the Show Grid box at the bottom of the window.

Let’s begin correction. The vertical lines are inclining in the sample photo, and so we had to shift the Vertical Perspective slider. After a a few experiments -71 seemed to be the best value. The building could have done with a bit more vertical drawing but unfortunately the software squeezes the bottom of the picture too much, therefore the ensuing space there can only be removed by a significant cutting off of the edges.

You can do three things with the squeezed bottom and the ensuing empty space in Edge menu. You can fill it by extending the pixels of the edges (Edge Extension), leave it empty and cut it off later (Transparency), or fill it with the color of the background (Background Color). We chose Edge Extension but with the thought in mind that we would crop the image later.

The fourth option is the Scale slider, which magnifies the image, thereby cutting off the edges. But this way the building may become oversized, and also zooming in causes loss of details.

Our image is tilting to the left slightly, so we adjusted Angle value a bit. This rotates the image very finely. 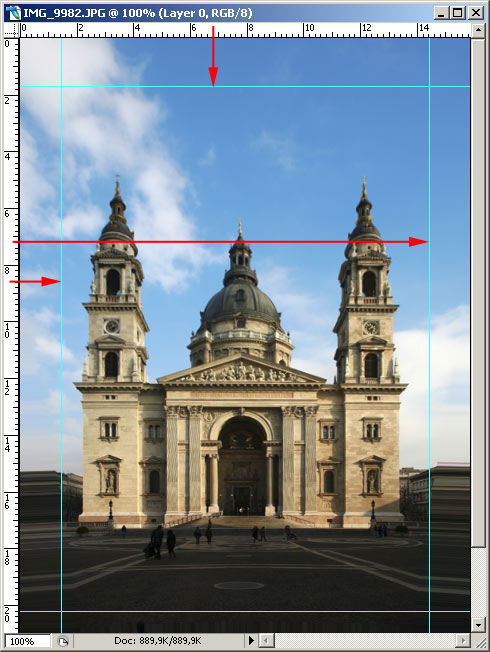 As you can see, the edges towards the bottom look quite strange due to Edge Extension, but most of them can be cut off and so they will not be so striking.

To do so, we drew assistant lines to the image from the Ruler at the sides of the picture and selected where we would like to have the cutting lines. Next came a rectangular selection and the Image/Crop command, and there- the problem is solved.

Straight as a die 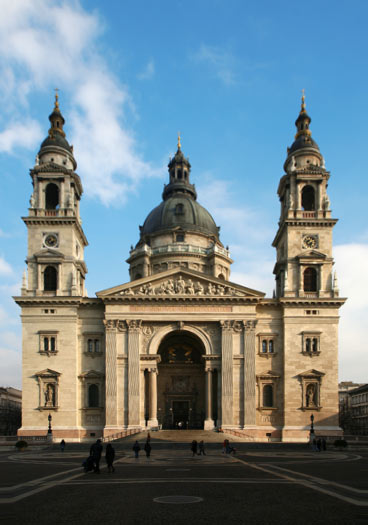 The image is straight now, if not perfectly straight, but it looks definitely better than the in the original photo. The extended pixels are not very conspicuous due to cropping, but if you aim for a perfect correction, you need to re-paint the edges meticulously with the cloning brush.

Another drawback of perspective correction is that Photoshop pulls the top of the image apart, therefore the top part can be a bit blunt. This could be corrected with a transitional layer mask and sharpening of the top part only. But that is a bit more complicated. Maybe we’ll do it next time.