Balázs Turay has reviewed two very different pictures this time. What does a llama have in common with gambling machines? Well, absolutely nothing, apart from being in the same article. 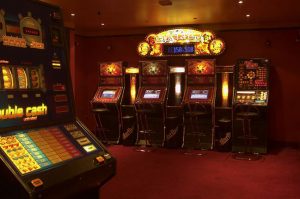 When preparing for a picture review, my aim is to tell the readers something they would not necessarily spot. I usually try to show an aspect or an experience that will make the picture interesting for about anyone. Perhaps something which is not in the picture but is related to it. These images, however, are quite challenging as they hardly tell me anything. However, that would be the primary goal of taking pictures.

I’m not interested in someone else’s family and travel photos since, most of the time, I’m not learning anything new from them, and mainly because I’m not having the same experience viewing them as their creator. For this reason, when watching pictures taken by someone who was working free of any external expectationsólike a job, an order or some homeworkóand shooting for themselves or for a small audience, I’m looking for photos which are based on a concept. For these pictures go far beyond recording somethingóthey tell, explain, show, embarrass, ask, present, entertain and do a lot more. They could of course even be drawings or short MMS messages, but always something whose primary goal is not recording something, storing it on film or in memory, but something more. Naturally, they have different requirements according to their type.

I ask the author why they took this photo? The answer is, because of the mood and the colors. Well, this is already something we can chase.

At the same time though, I have to tell that on my monitor, the mood presented by the colors is not what I think the author would have wanted. The picture is too static. I would have gone nearer to the colorful lights and even kept them on the left of the foreground without focus, while leaving everything unchanged on the right. I regret cropping the machine on the left, because this suggests the author has no clear concept about how much to show of itóit is just standing there. Why did they crop the caption and the front panel with the colorful controls? If they show that much, they should show the machine’s side as well, to give it clear borders.

Colors and a mood.

I understand the goal, but these colors do not give me that striking, surprising effect, because the exposure levels are perfectly balanced. It would be more exciting to have a lot of contrast and depth. I would not take such a “this is how a corner in a gambling hall looks like” kind of picture since although the photo is OK, but the colors and the lights do not grasp the viewer. 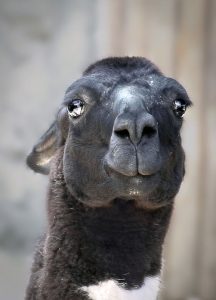 This is the kind of picture I’m in trouble with. I understand the need of photographing your favorite pet, but why a llama? As opposed to your dog, cat or horse, you don’t have an emotional link with this large black-eyed beast which would often make you take a picture. I think the photographer was on a foraging mission instead of hunting, and this is how this llama stuck in the camera.

I believe that one of the biggest dangers of digital photography is that it makes you shoot far more recklessly than with an analog camera. Those made you think twice for a number of reasons. Nowadays, when you can make pictures at practically no cost, and store thousands of them easily, not even the tedious developing work or the importance of keeping a spare frame would hold you back. Does anyone remember how strongly it made us consider again and again when we had just one shot left on the film? Even more so, when that film had only twelve or even eight in total!

Digital cameras free you from the inhibition of beginning to shoot using that expensive film. However, this freedom from limitations makes us easily forget that the exemption is not from thinking! You are just freer from a number of constraints of analog camerasó for instance, 24 or 36 frames per film, a given ISO value, black-and-white vs color, evaluation only after developing, sometimes after many days, and so on.

And another thought about this last thing: the instant deletion of pictures after shooting will, in many cases, prevent you from learning from your mistakes later. This way, the traditional, organic, comparation-based evaluation is replaced by a constant insecurity, telling you you can never be completely sure about what to delete and what to keep.

Photo reviews – A portrait and the Parliament