Although the days go by in a sleepy summer pace, we opened our third eye again to take closer looks at two photos. The photographer Balázs Turay came to our aid. 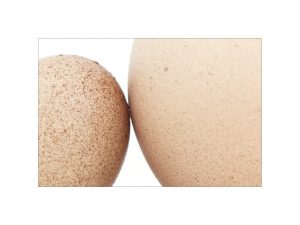 A small and a large one. Two gymnasts, interdependent. Two oval forms. The two only exist together. If I take one, what will happen to the other? Two eggs, two people, two coexistent things, never without each other! If I take one, the other disappears. A small and a large one. Supporting each other, even in the sense of composition. The smaller, darker or more speckled egg supports the larger, lighter surface. Why doesn’t the larger one collapse upon the other? The small one is “stronger” in tone, and that provides a counterpoint for the larger, lighter surface.

And forms also have an importance here, the arcs pressing against each other. The slight arc and its pair, almost curving back into itself, symbolizing strength and tension opposed to the soft line. These qualities could even support the smaller egg getting entirely to the left side, being dwarfed beside the larger one, which is already putting its weight on it. So, as we have seen, contrast is comprised of at least three things here. Tension is high, lest one breaks! 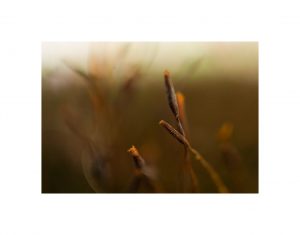 The flowers of this plant, ready to unfold, are drawn sharply and distinctly before a blurred background. Only a few tiny details are in defined, we see the stalks out of focus, and the background looks like it has been applied using a spray gun! How did the author achieve these effects? What one needs to know to create three layers, different in their sharpness, thus dividing space? The feeling of depth, achieved by choosing sharpness differences in a similar way, is a well-known effect in photography and filmmaking. Here’s how you can produce pictures like this on your own. The simplest way is to use the largest aperture, with an angle as narrow as possible, which means a long focal distance. This way, the sharp plant in the front and the blurred meadow in the background will be perfectly separated. You can also use distance rings.