Paper photos battered by the decades have a distinct charm which sometimes drives digital photographers to imitate the work of time or an imperfect photographic technique. This time, we’ll make a freshly taken digital photo look ancient in a couple of seconds. The technique won’t be unknown as we have already discussed it in a similar article. But repetition is the mother of learning, as the Latin proverb goes. 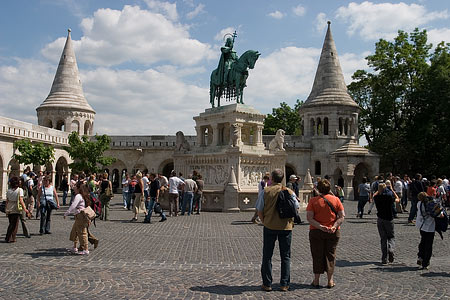 You can wither your fresh photos by decades in an instant, just like they have been left out in the sun for a long time.

All you’ll need is the  Channels  palette, for selecting the Blue channel. Simply click the row for the channel. You can also press Ctrl+3 instead.

Next, click Image/Adjustments/Brightness/Contrast. You won’t need Brightness this time, only Contrast. Drag the latter to the left as needed. Unfortunately, even if Preview is selected, you cannot see the color changes in the original picture. You may want to increase the size of the Navigator palette by dragging the handle in its lower right corner, since the picture it displays will also show the colors. 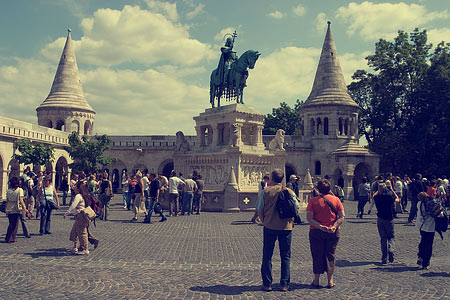 We have shifted the colors with the above procedure. The lighter areas show a yellowish, sun-bleached effect, while the darker ones sport a blueish veil.

A bit of imagination 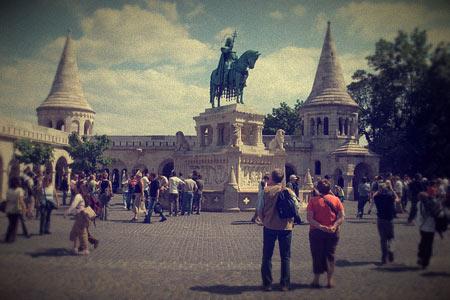 If you still find the above picture too sterile, you can do a small extra work to liven up the mangled analog photo mood. We darkened the corners a little, blurred them, and added a few film grains to the image. We used the Flaming Pear Melancholytron and optikVerve Labs Virtual Photographer plugins for these tasks. Both are discussed in a later article series. The same effects, however, can also be applied using Photoshop. See the last two links.