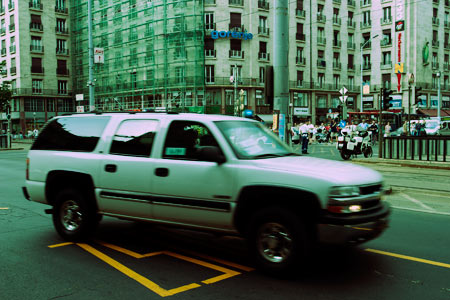 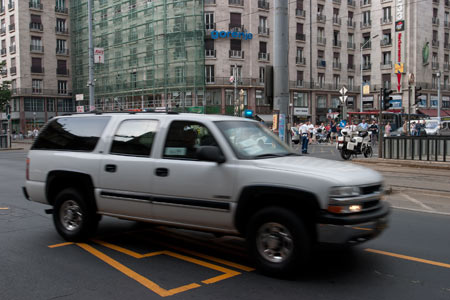 In the era of film photography a popular method for color-modification was the so-called cross-processing. This meant that a certain kind of color negative film was processed in the wrong chemical dissolution which lead to significant distortion in color effect.

Photoshop offers a plethora of methods for color distortion, an instant method for an effect similar to cross-processing among them. The following green effect looks good in photos of modern buildings, machines or in pictures with “techno” or far-from-nature atmosphere to them. 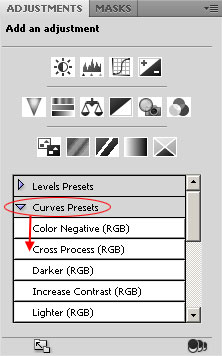 Since the newer versions of Photoshop have this effect as Preset (factory setting), it’s the easiest to start here.

Find the Curves Presets menu in the Adjustments palette. Click on it and in the dropdown menu click Cross Process.

That’s all to it, you now may add further polishing if you like. 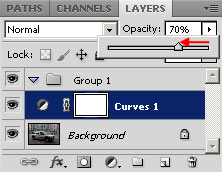 If you find the green effect a bit too much, go to Layers palette and click on the Curves 1 layer to select it.

On the top, set the Opacity slider according to your choice. The green effect can be gradually lessened by shifting the slider to the left, thereby decreasing opacity. We set it to 70% in the sample image.